An update: shipping during lockdown / rāhui in NZ

A few years ago, the mister and I used to semi-seriously joke about what we would during the zombie apocalypse (we were watching a lot of the Walking Dead at that point). I always commented on how great it was I could make clothing in order to keep us dressed and warm, while he lamented only really having computer skills which wouldn't be much use when IT infrastructure no longer functioned.

While this isn't the zombie apocalypse, there are some odd parallels now with those conversations we had.

Over the last three weeks my entire life has undergone a major shift, part of it planned for, part of it wholly unexpected.

I've recently started a new job, one i'm really excited about. It signalled some major changes for us: navigating a world where i'm not able to do life admin during the day, Elliott spending more time at daycare and the mister taking on more responsibility for making sure our home life functions.

So when it was quickly becoming clear that our life would shift even further from our comfort zone, I clung to the one constant that has been present for the last ten years: the shop, and sending out yarn to you.

I told myself that with the yarn being in my house, it meant I could safely send out your orders as I didn't have to travel to do so. I reassured myself that as long as the couriers told me they would still collect and deliver, I was ok. That this one thing I knew how to do in this strange new world would carry on as usual.

When Elliott was tiny and life was really hard, I took great comfort in work, as it was something I could achieve and do well when everything else was out of my control.

Last week, as the mister went to work long days for the 8th, 9th, 10th day in a row, and I found myself sitting in our home office trying to learn my way around foreign concepts while Elliott had a meltdown, I took comfort in the same way.

Turns out that wasn't the best decision: for you, my wonderful customers, for our society at large, nor for the couriers who are dealing with the same unprecedented situation as we are. Couriers in particular deserve not to be constantly placing themselves at risk simply because we want some extra comfort in the consumption we've grown so accustomed to in the modern world.

Arohamai, dear friends. As of today I'm no longer shipping orders and won't resume until the rāhui / lockdown is lifted. It's the responsible thing to do. Right now our priority should be doing our best to ensure the collective wellness of the country, rather than focusing on ourselves as individuals.

By all means take care of yourselves, which at this time is an incredibly generous act: by looking after yourself, your mental health, your general health, by keeping 2 metres distant from those outside your bubble, you are demonstrating how much you care. It's scary and hard and difficult to navigate. I'm right there with you.

It's been an incredible ride, and an enormous pleasure to share so many wonderful yarns with you.

To celebrate, i'm giving you 20% off all Scheepjes yarn for a week (excluding mini sets). Now is an excellent time to try out one of their lovely cotton yarns, or cast on with Metropolis. I've just added Maxi Sugar Rush to the online store, a delicate yet super strong lace weight cotton. 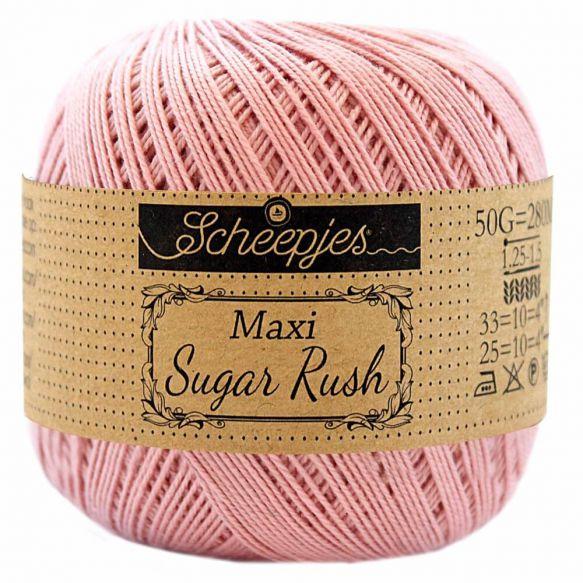 Here's a few ideas for you - all of these projects will come in at the $30 - $40 mark for pattern and yarn if you use Sugar Rush. Bargain! 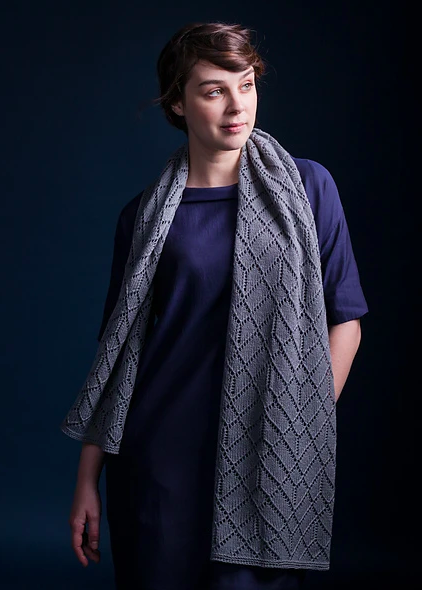 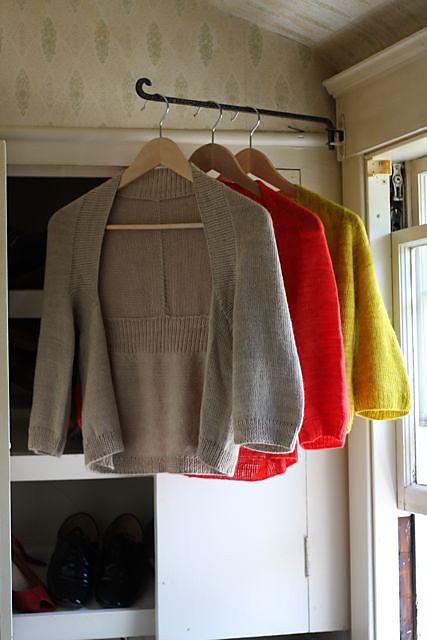 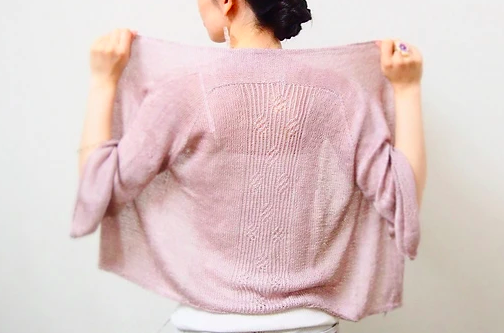 Sadly on my hunt for lace weight garments, there was a distinct lack in availability of sizes over XXL. If you are a designer and would like to work on a size inclusive lace weight garment, let me know! I'm happy to offer yarn support.

20% off discount is automatically applied at checkout, cannot be used with other codes.

As originally sent out in my weekly newsletter, enjoy!


My original plan for this email has gone right out the window, as I slowly melt in today's heat. Instead of talking about colourwork, let's have a meander through yarn a bit better suited to these hot days: cotton and linen. 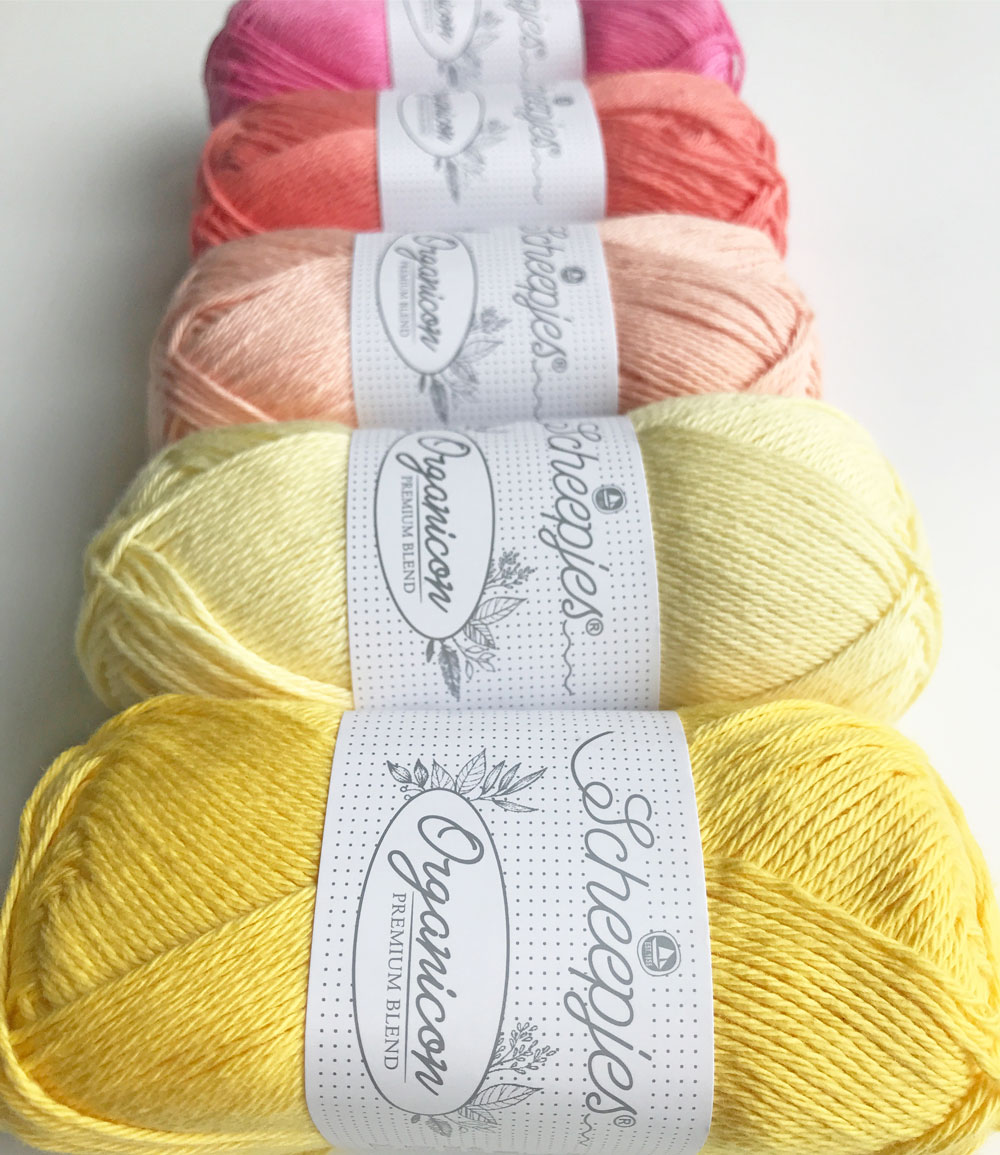 I really, really love Scheepjes Organicon. I know i've waxed lyrical about it before, but really it's impossible to overstate how much I love this yarn. Not only for it's wonderful softness and drape, but also for it's ethical production standards.

As many of use grow ever more concerned with climate change and the impact our lifestyles have on the environment, making conscious decisions about the yarns we buy is increasingly important. Making is central to lives of many of us: it feeds our brains and wellbeing and forms an important part of who we are. 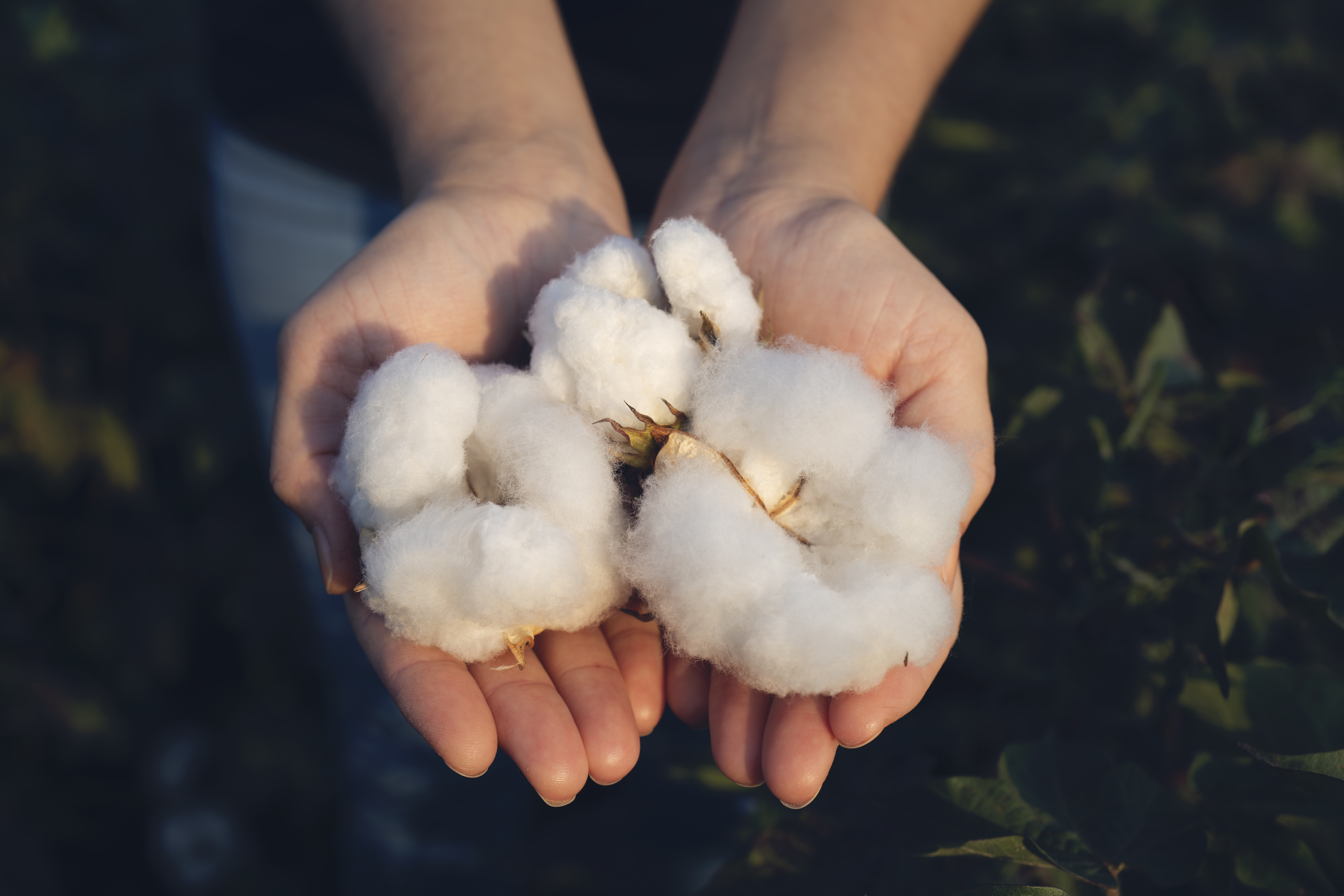 So if, like me, you're looking to reduce your household waste, create for the long-term and make better choices for the planet, here's some key facts about Scheepjes Organicon: -- from the Scheepjes website, January 2020

Lots of words, I know, but it's important.

So, what to make?

Knit up some effortless washcloths: 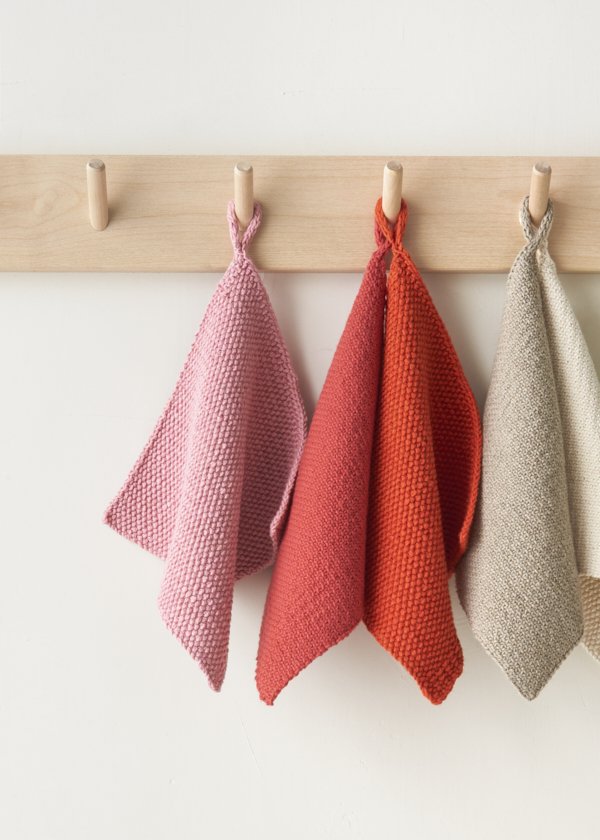 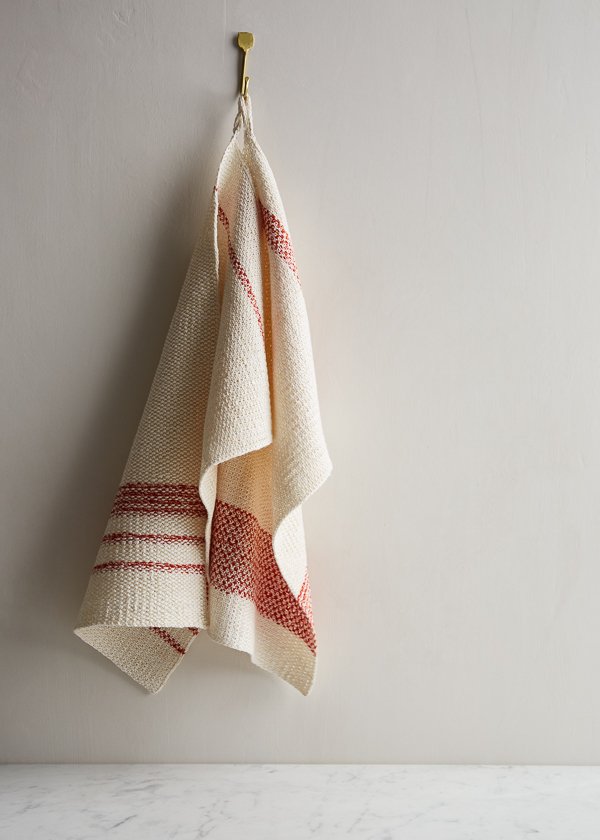 Or maybe you know someone expecting a baby and want something extra gentle for their skin: 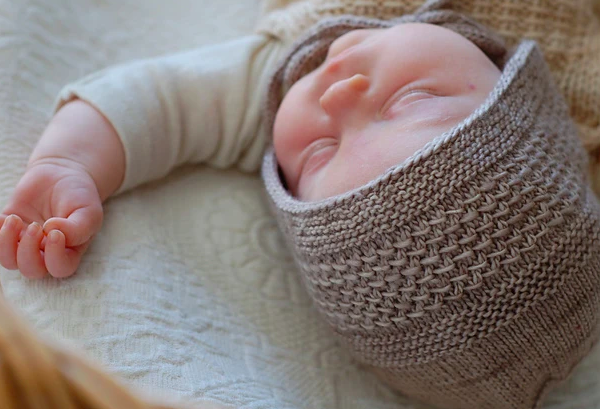 I'm still working on my hand woven facecloths, but they are off the loom and waiting for me to cut and sew the edges. I'll update on those soon! 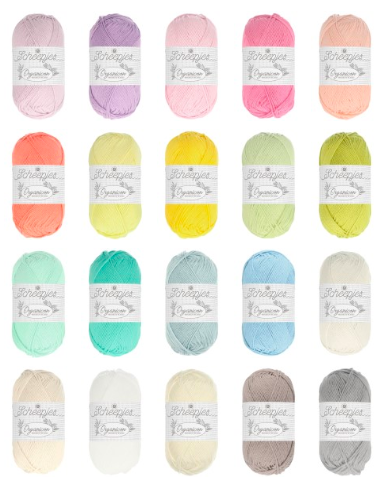 I originally wrote this for our regular newsletter, enjoy!

I'm sitting in my office at home, looking off at the blue sky and green hills out the window, contemplating what to write to you today. It was Wellington Anniversary yesterday, which means it feels like the official start to the work year for me (and you, if you're a local!) today.

When I was on holiday I didn't knit a single stitch for a week. I read books, went to the beach and worked on a puzzle. As a compulsive maker it was a very strange occurence for me, but now that I think about it, I needed that time away from stitching in order to come back to it with renewed enthusiasm. 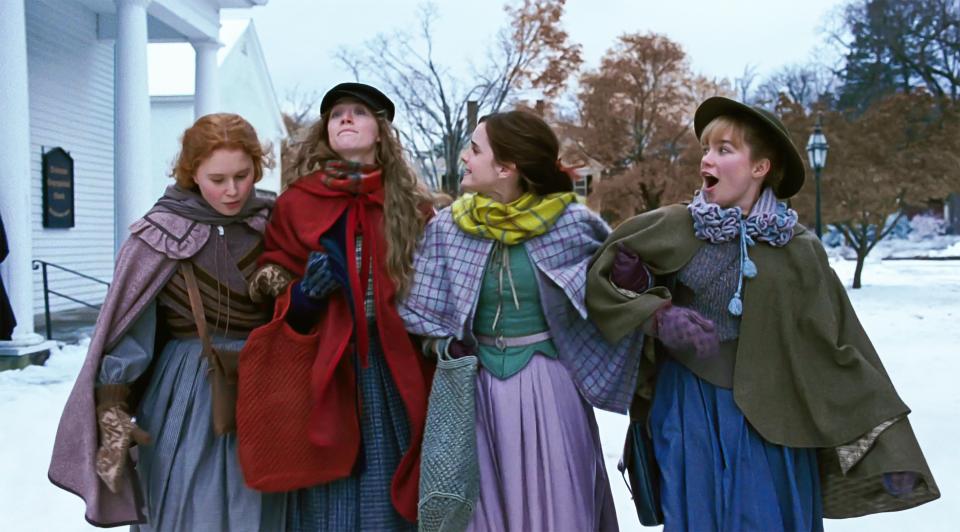 Along with lots of reading, i've been watching a lot of movies - including a trip out to see the new Little Women. It's full of fantastic knitwear, quilts and scenery, so of course I did some googling for patterns when I got home. 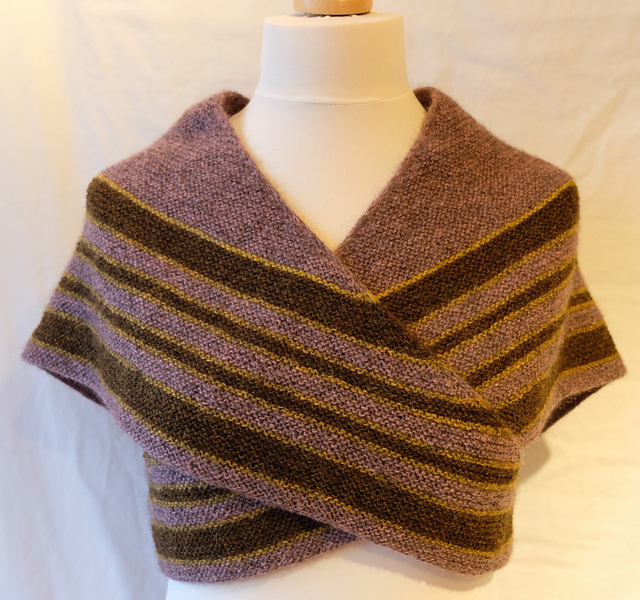 Beth's shawl has been released by the film's knitter, Jenn Monahan, and all proceeds from the pattern sale go towards a charity which trains women from rural communities to be solar engineers. 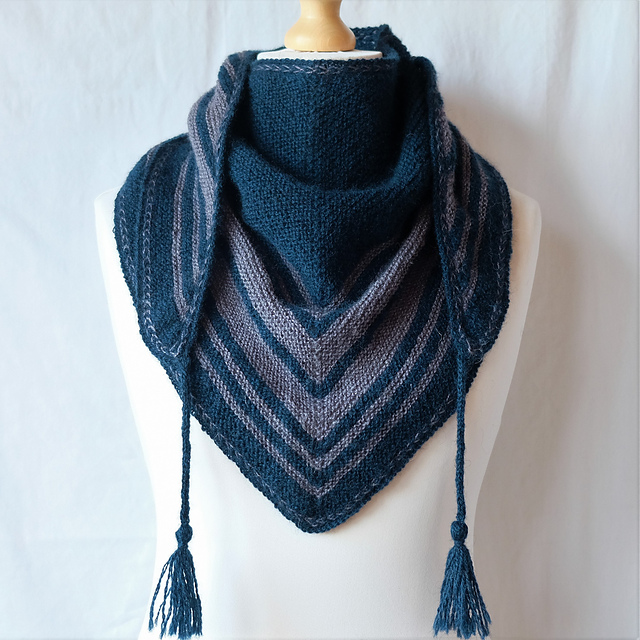 You can also make your own version of Jo's shawl - while it's designed for 4ply, I think it would be fantastic worked up in Quince & Co Chickadee Organic Heathers!

If you fancy a bit of crochet, there's an adorable pattern for Meg, Jo, Amy and Beth in amigurumi form: 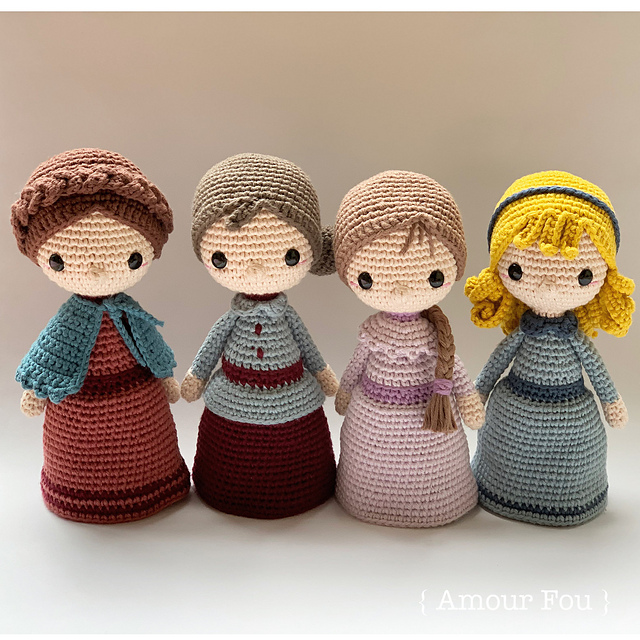 Read more about Jenn Monahan's work - she's also knit for The Darkest Hour among other films, so chances are you've seen it on-screen before.

Ten years ago this October, I arrived back in New Zealand with a plan. I planned to start dyeing yarn, with the goal to use the funds generated to open a yarn shop.


At that time, our local options were limited. The number of indie dyers were few, and i’d frequently walk in to my then LYS and back out again empty handed. Being in the UK and travelling Europe opened my eyes to what a yarn shop could be. I was determined to build in their mould, a place centred around people and the yarns crafters would delight in.

Even then, I knew this wouldn’t be my forever job. I didn’t have an exit plan, aside from ‘well if it doesn’t work i’ll sell everything’. I had very little to lose except time. When I started I didn’t really think that much about making money, except needing to pay myself enough to cover rent and food. My growth plan was to push everything as far as I could without borrowing much and in turn increasing the risk level.


The last few years I have often thought about what’s next. I’ve gone from a shop with barely any stock to shelves packed full. From it being just me and the support of friends and family to a number of staff.

Every time I mulled over closing up, I kept getting stuck on one single point: what about the customers? Where will they go for company, yarn fumes and care? I feel a responsibility to everyone who feels at home at Holland Road Yarn Co, those of you who have shared your difficulties and joys with us. It’s an enormous privilege and I have a duty of care.


This year I have been thinking about closing more often than not. Particularly with all the discussions around anti-racism and diversity in the knitting community, it’s really struck me that I have more I want to offer the world. As I hear arguments that we aren’t doing enough to take care of marginalised groups in our community, I agree absolutely. It’s time for things to change.


So I’ve made the incredibly difficult decision to change. I have skills that can be used for deeper and more meaningful change than I could ever hope to achieve through supplying you with yarn. It no longer sits comfortably with me to encourage consumerism in a world that is in climate crisis, where we should be making do with what we have, being more thoughtful in our buying, and considering the impact our lifestyles have on the world.


It also comes down to some pretty hard facts: running a retail business means I never get time off. It demands being constantly available on social media, working every single day, and always having to-do lists running through my head. The impact it has had on my relationships and my mental health has been severe.

Packing in to Lyall Bay with Elliott

Business as usual for the moment! Come and see me at Knit August Nights this weekend if you're coming, I can't wait to see you!

I will be finishing up dyeing Knitsch, unless the mood to throw colour around strikes me. If you want some - get it while you can.

Once i'm back from KAN and had some recovery time, we will start up with some sales. Before that, you can let us know if you have any special requests, particularly for Brooklyn Tweed and Cascade. The last orders for those will be sent off on 4 September, so get in touch if they are on your to-knit list.

The plan is to be all finished up on 13 October. I will continue on with some yarn online, namely Scheepjes, Lopi and Quince & Co. So HRYC will still be around, just a bit smaller and less visible.

I want to thank each and every one of the people who has walked through the shop door, either in-person or online since 2011. You have enriched my life in ways I can't even begin to communicate, and I won't ever forget it.

PS Craft Camp and Knitters Dinners will continue! Because we still need to hang out <3

Sign up to our newsletter and we'll keep you up to date with the latest arrivals and offers
© 2020 Holland Road Yarn Company. Ecommerce Software by Shopify